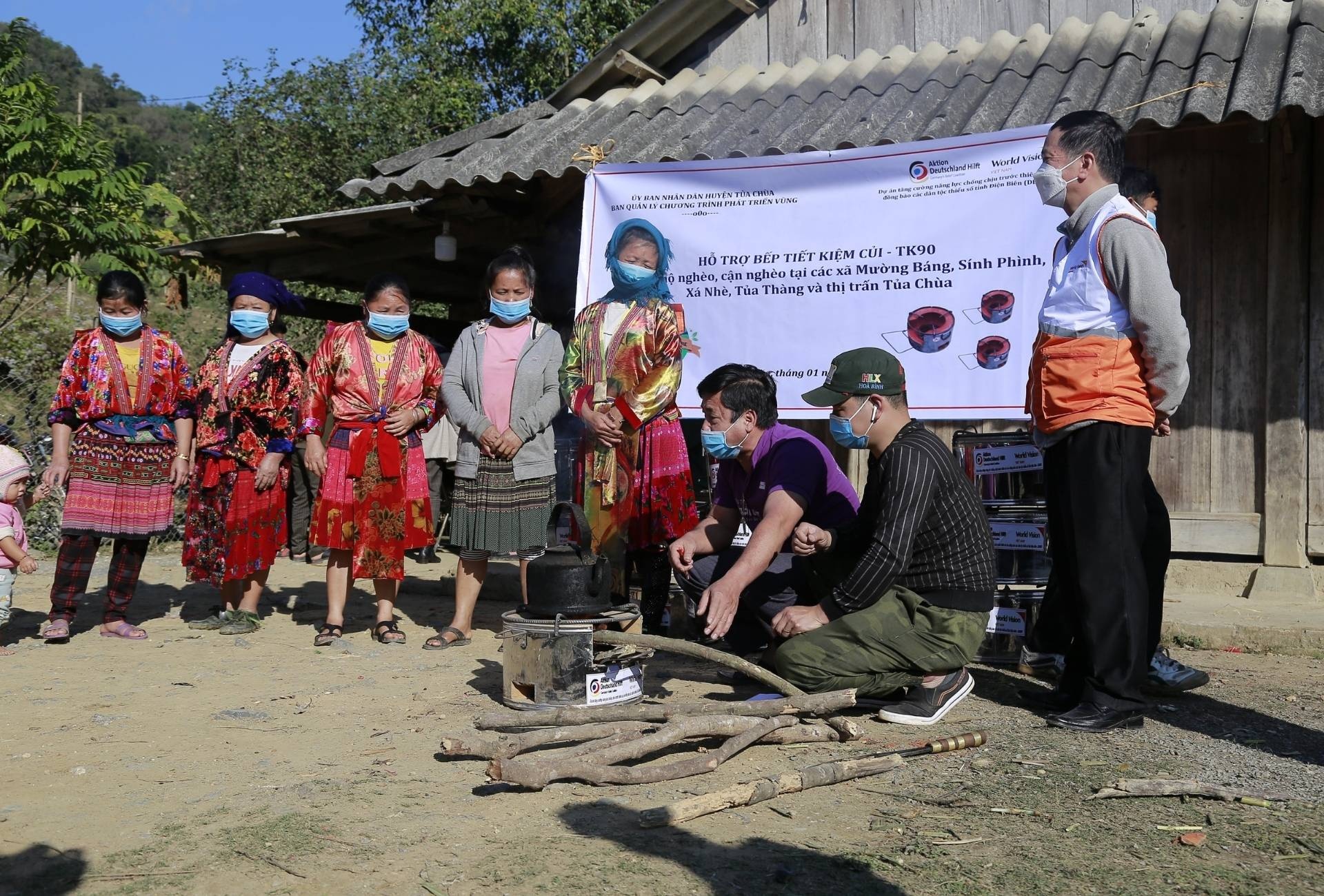 Điện Biên Province, located in the mountainous northern part of Vietnam, with a population of over 598,800, topped the nation with the highest poverty rate since 2019. According to the report in 2020, the national average poverty rate was 3.7%, compared to 33% of Điện Biên Province. Among other districts, Điện Biên Đông and Tủa Chùa, with 98,1% as ethnic minority people, are facing the most severe poverty rates 30,7% and 41,9% respectively in 2020.

Vietnam is facing challenges as one of the most disaster-prone countries in the world. Though Điện Biên does not suffer from rising sea levels, the province has witnessed increasingly evident impacts of climate change due to its topography, climate, and social-economic characteristics. Climate change impact on the area is reflected through changes in the mean temperature, annual rainfall as well as the rising occurrence of extreme weather events.

Tủa Chùa district has experienced complicated and unpredictable changes in weather and climate during 2019 and 2020 which has caused numerous natural disaster occurrences such as cold spells and fog, tropical storms, heavy rains causing landslides and flash floods. The loss due to disasters in 2019 and 2020 was estimated at VND 13.6 billion (approx. 513.700 EUR) and VND 20.5 billion (approx. 736.000 EUR) with damage in infrastructure (such as transport routes, irrigation systems, water supply systems, electricity system, schools), lost/damaged crops, lost poultry/cattle, damaged houses, and injured community members.

The project’s overall objective is to increase the Điện Biên Ethnic minorities’ resilience to Disasters through promoting the application of climate-smart livelihoods and water solutions and community-based disaster risk management (CBDRM). In collaboration with target communities, local partners, and experts, the project will employ a community-based approach to enhance the adoption of target communities of climate-smart alternative water and livelihood solutions, and at the same time improve their capacity for increasing their resilience to disasters.