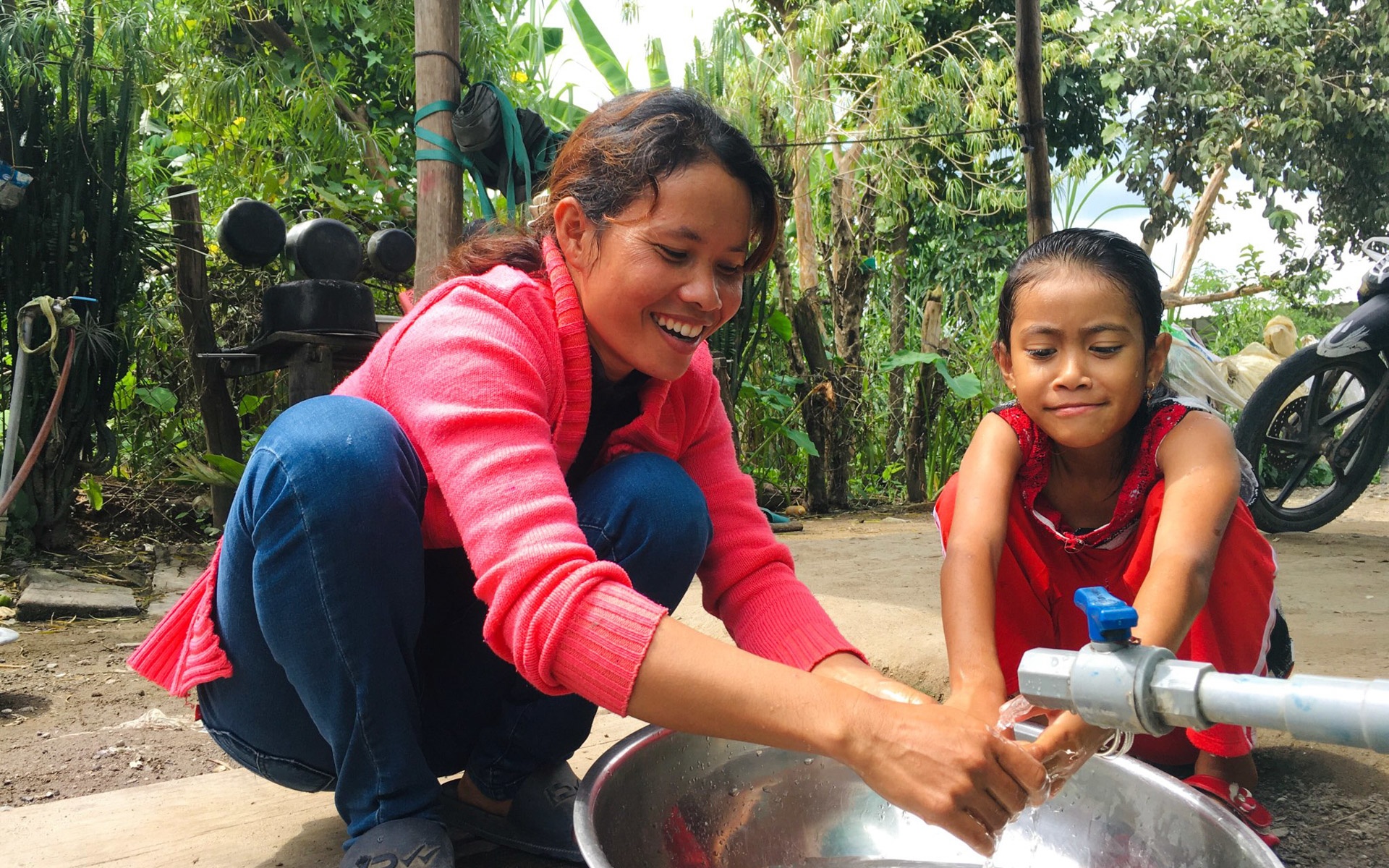 “My first child used to be malnourished and frequently sick,” said the young mother Pen about the reason why she joined the Nutrition Club in Đông Giang commune, Hàm Thuận Bắc district. Now, five years later, both her children, Thuyết and Truyền, are growing up fast and very healthy.

In early 2015, Pen took her first child Thuyết to the commune health station for vaccination. Only then was the nearly one-year-old baby diagnosed severely malnourished. Through the health staff's introduction, Pen joined World Vision’s Nutrition Club immediately, without any hesitation.

The Nutrition Club’s lessons and the sharing from other mothers in the club helped Pen gain knowledge of nutrition and healthcare for pregnant mothers and children under five. She also learned about the importance of safe water, hygiene, and sanitation. As she applied the new knowledge at home, her first daughter gradually became healthier, and after two years, Thuyết completely escaped malnutrition. 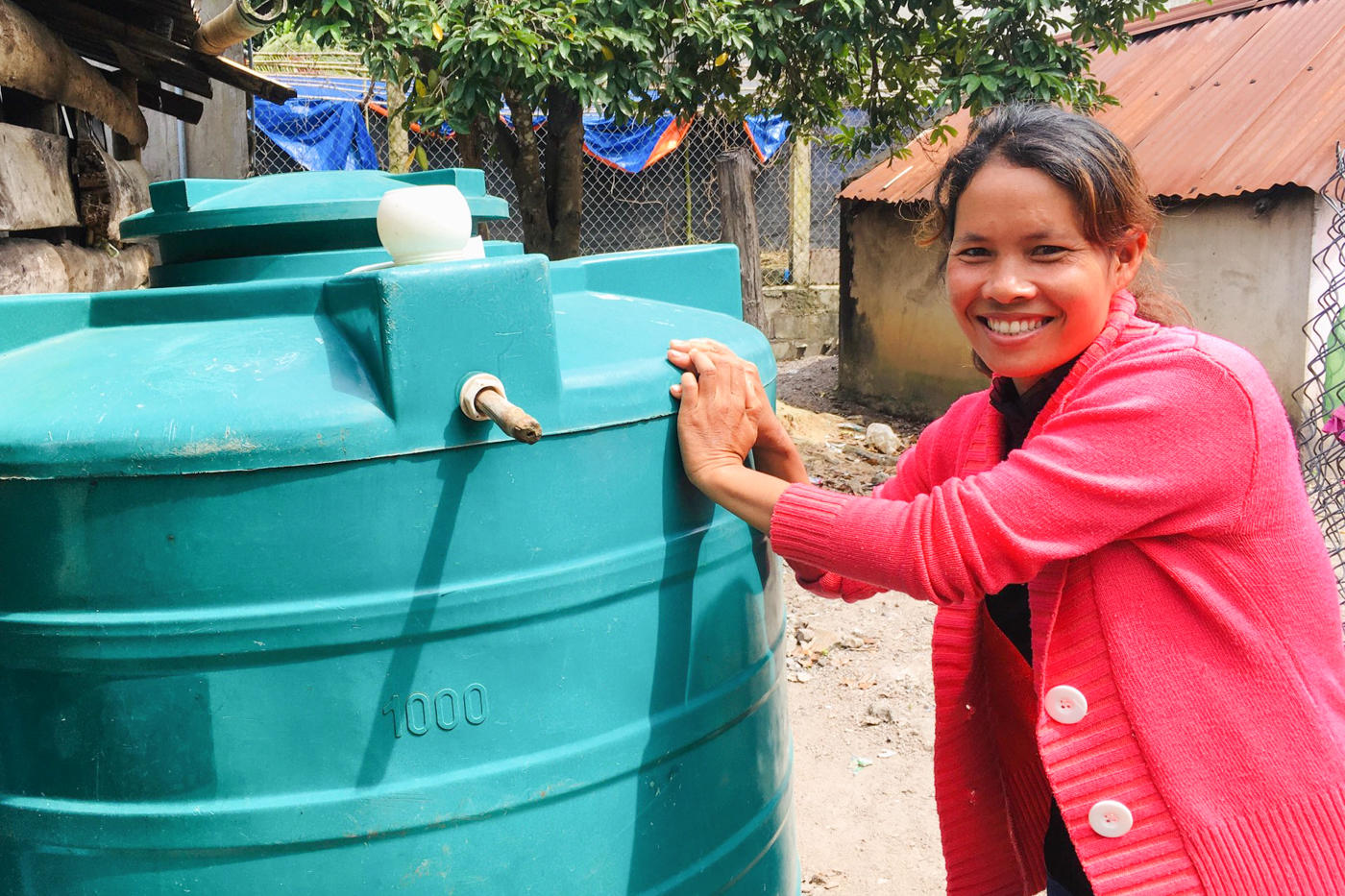 Fully equipped for her second pregnancy, Pen made many changes in her behaviors. “I used to work hard, carry heavy loads, and even sleep in the field at eight months of pregnancy,” Pen recounted. However, when pregnant with Truyền, Pen would mindfully avoid heavy work and take sufficient rest during the day. She also started paying attention to following a nutritious and diverse diet. As a result, Truyền’s weight at birth of 3.2 kilograms surprised Pen.

Truyền enjoyed exclusive breastfeeding during her first six months until he was ready for the weaning period. “Even though I had to work everyday, I would make sure I was home during lunch break to breastfeed my daughter,” Pen shared. Truyền's weaning went smooth, for Pen knew how to cook nutritious porridge with cooking oil, meat, fish, and vegetables. She tried to keep her children’s diet healthy and varied so that they would eat more. “Sometimes I also buy them cake, milk, and fruits as snacks during the day.” At 3.5 years old, Truyền surpassed the average weight (15 kilograms) of children of her age. 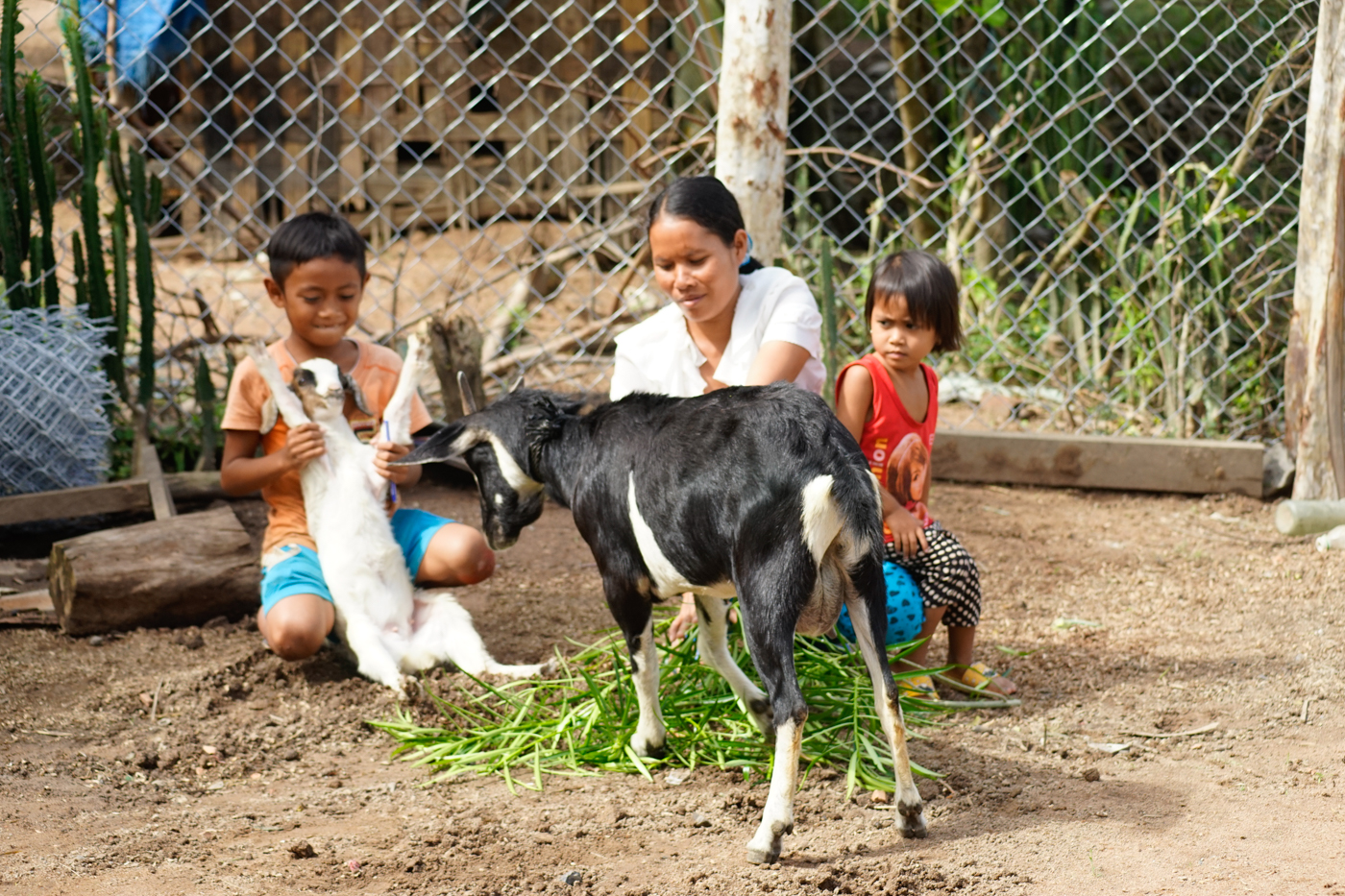 Furthermore, through Nutrition Club, Pen's family received chickens and goats, and vegetable varieties to grow a nutritious vegetable garden. Thanks to the good application of breeding and farming techniques that she was trained when joining the Nutrition Club, the goats and chickens multiplied while the nutritious garden grew very well. Eggs, chickens and vegetables are always available to nourish her children. With the income from selling goats, Pen bought daily nutritious food for her two children and spent the rest to build a decent toilet and buy water containers to use at home. Thuyết, Truyền and the whole family now don't have to use the unhygienic, temporary toilet anymore. 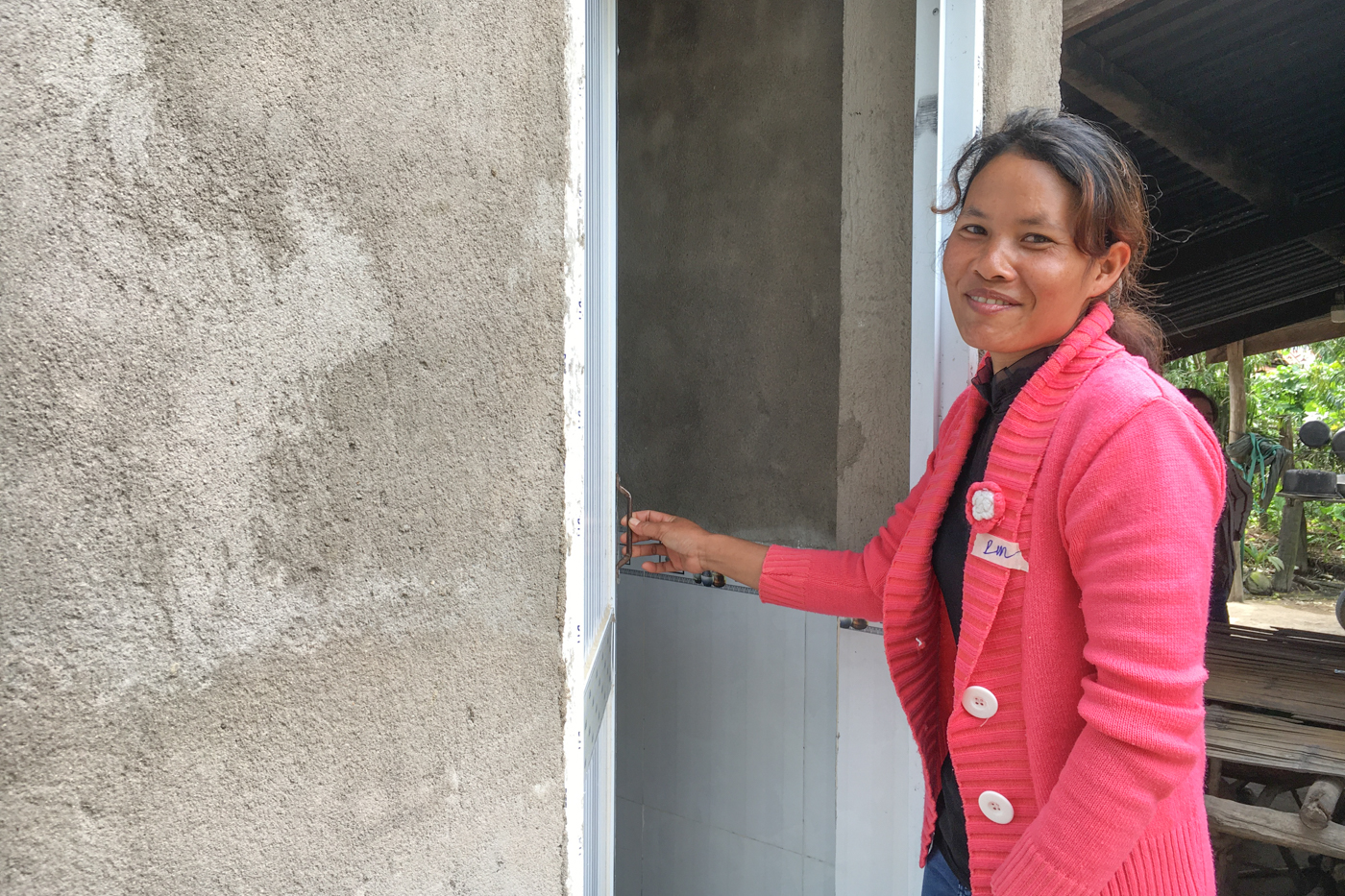 “Helping people is helping myself," said Pen as now she is an active member of the Nutrition Club, re-sharing with other mothers what she has learnt and passing on her own experience raising Thuyết and Truyền. In the past, Pen used to be very shy and have self-doubt; she hid whenever there were strangers. The Nutrition Club has changed her into an active, open and confident person. Her family, especially Thuyết and Truyền, is now sustaining a very healthy life.